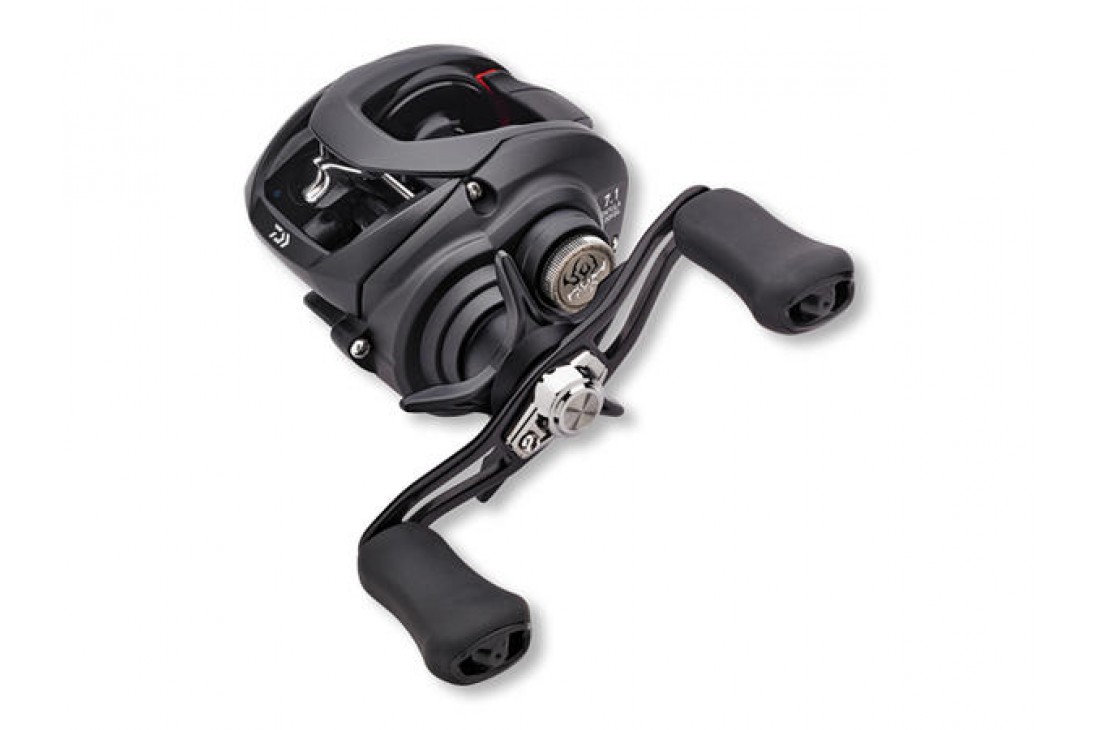 Designed to meet the durability and performance requirements of the pro angler, TATULA offers a rugged gear train, fully supported within a rigid aluminum housing. Up front, a unique, hybrid-design levelwind combines the durability of a standard levelwind with the casting performance of Daiwa's T-Wing aperture.

The T aperture allows line to flow freely through the wide top section on outcast, reducing the normally sharp angles and friction that slow line flowing through a narrow aperture when exiting the reel.

For retrieve, line drops into the narrow, lower channel of the T-wing for even distribution across the spool width.

With ordinary levelwind reels, line coming off the spool ends is forced through the line guide at a sharp angle. The result is casting friction, especially when the line guide is parked on one side of the reel. The T-Wing’s wider aperture means reduced angles and less line friction from any position.

Because magnetic braking is only applied at maximum spool speed, the spool reaches a higher peak speed and remains spinning longer. As you start a cast, spool’s inductor cup is retracted from the magnets - so there’s no magnetic effect to slow the spool. Start-up is lightning fast. As spool approaches maximum speed, indutor cup automatically moves into the gap between the magnets to apply smooth magnetic braking and prevent spool overrun. As spool begins to slow, the inductor cup automatically retracts from the magnets - so the spool keeps spinning longer, unhampered by magnetic braking.

Rugged, lightweight aluminum frame and side plate (gear side)